Just Stop Oil supporter Jan Goodey is being held in Wandsworth Prison for taking part in last November’s M25 action. Here, Jan tells us what it’s like in ‘Wanno’ and describes some of the obscene policies that pushed him to take action.

Banged up in Wandsworth D Wing is a tough regime. Lots of hecticness. Previously, after a punch-up involving two prison officers, we were on variously 24/23 hour bang up. On a walk to a visit yesterday, I spotted a bloke in white overalls cleaning up spots of blood. An officer quipped, “what’s going on down there?”. “It’s a bloodbath in the cell” came the reply.

Welcome to Wanno. But as in everything in life, there’s another side to the coin: we get out more now – there are fewer 24-hour bang-ups and more yard time. Usually, I do exercises on the machines. Prison is all about routines – knowing the time by TV shows, by the times hot and cold meals come.

Anyway, enough of that. On to what really matters: why I’m here.

If we have to reduce everything down to money, then in 2022 between $3b and $100bn was the cost of each of the 10 worst climate-induced disasters (Christian Aid-commissioned report, 26/12/22). Under the toothless 30/30 biodiversity agreement, only £500bn will be taken off  the £2/3tn spent globally on fossil fuel subsidies.

Locally, 308 of the UK’s 409 councils have declared a climate emergency. Of these, 182 have pledged to reach net zero by 2030 (i news, 28/12/22). Despite this, the majority are still engaged in projects which will lead to huge carbon emissions. Eastleigh Borough Council has greenlighted the expansion of Southampton Airport. Lancaster City Council has approved M6 development and a number of new roads. Luton Council is expanding the capacity of its airport from 18m to 32m passengers. Shropshire Council is planning a £100m new road network.

You can see why much more pressure is needed to stop this. Pledges, non-binding agreements, greenwashed coal mines…all business as usual. We need a spanner in the works of industrial capitalism and urban industrialisation. (We need to reconnect with nature).

New Year, for me, means not forgetting mitigation in the greenwash calls for loss and damage (more prevarication at COP 27 Egypt). And not forgetting the other frontline struggles going on in the world, like Algeria, where journalists are being banged up for free radio channels, and Iran, where 23-year-olds are being executed for protesting. Compared to these struggles, six months in prison pales into insignificance.

In response to the Netpol letter signed by 200 plus academics, I am grateful and thank every person from my heart. I ask every signatory to support our global struggle for decarbonisation.

I grew up on a council estate in a single-parent family, and managed to stay out of prison, unlike a few pals, through support and education. Now in prison, I realise that there are many prisoners in a much worse position than me. When I come out, I will campaign and write on their behalf. 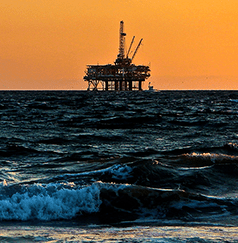